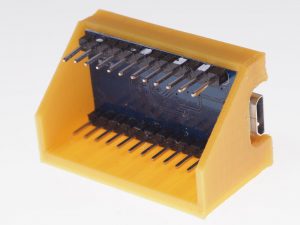 I found and fixed a bug in the firmware of both  LED Ring and LED Strip Controller.

The Buzzer settings were overwritten by factory settings when restarting the LED Ring Service. Ther latest version is available in the download area.

Costs for parts originating in the Far East increased dramatically. The increase is caused by a general shortage of electronic parts and recently raised shipping costs. In addition, the tax exclusion for  goods below 20 € was dropped. Custom fees have to be paid now for all goods.

My cost calculations contain a very shallow uplift, so I have to raise prices to cover for the increase in external costs.

Again, I improved and extended my software package. The most prominent change is a configuration application that allows graphical editing of light effects. It allso allows to show light effects on a LED ring to get the real feeling.

The latest versions of both software and firmware are available for download on myPhoto Booth LED Ring page.

I updated the LED Ring Controller Nano firmare. This was necessary to fix a problem when detecting the controllers in the latest LED Ring Service version.

The updated controller firmware version 1.11 is available for download on the Photo Booth Page.

I improved the service setup and service initialization routines. The service is now able to detect controllers by their type and serial number. Changes in COM port assignment that may occur after Windows Updates are now handled automatically.

The new version 1.9.7 may be downloaded from the Photobooth LED Ring page.

The magazine wetnotes shows a picture of the Greenland series taken with Ortwin Khan. Too much clothes for a centerfold, but well dressed regarding dry gloves, I made it to the front page of issue #40.

The images taken during my trip to Greenland can be found in my underwater model gallery.

I improved and stabilized the setup for the LED Ring Service. The functionality of the service remains unchanged as implemented in the prior version 1.9.5.

The new setup may be downloaded from the Photo Booth page.

I extended the hardware available for the LED Strip Controller. The arrow may be mounted on the front panel of a photo booth or, as a variant, mounted sunken into the front panel. The arrow is lit by sideways mounted LEDs. This creates a smooth and evenly distributed light effect. The prototype has a length of 140mm from tail to tip, a width of 300 at the tail and 55mm across the arrow head. The depth is determined by the LED strip size and results in 17mm. A sunken mounted arrow protrudes 2mm above the front panel.

To control the LEDs of the arrow, I extended the LED Strip Controller firmware as well as the LED Ring Service application. One or two identical arrows may be lit at the same time.

The updated software may be downloaded from the LED Ring page.

I overhauled the adapters for angle finders and eyecups. They now have a better fit on the cameras.

In addition to the previously existing adapters, I added a new one that allows to mount the old OM Varimagni angle finder to OM-D E-M5 II, E-M5 III, E-M10 II und EM10 III. 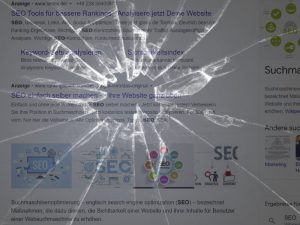 … you might have noticed, that not all traffic that could reach my site actually reaches my site. That’s on purpose. I installed a Search Engine Deviation plug-in to leave some of the traffic for my dear competitors. Why I’m doing this? It’s no good sports to wipe out all competitors by aggressive optimization. I also don’t have enough time to handle all inquieries and orders I might get from an optimized website.

Did you ever hear of work-life-balance? I’m covering a nieche with my business and I have lots of fun doing so. Please accept that I like it to stay this way and refrain from sending me offers for search engine optimization. Even you found my site. That’s more than enough. Take a few minutes off and relax. Save the effort to contact me in vain. Save me the effort of deleting your message. See, it’s a win-win situation! Isn’t that great!